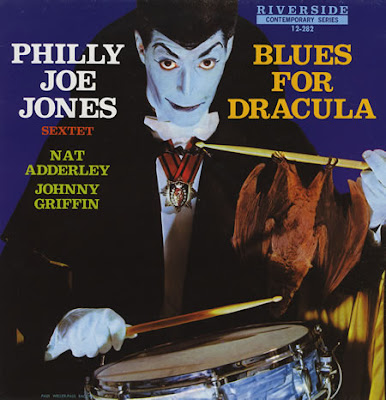 Happy Halloween everyone!
Things have really been on the go lately.
Much to report...

-Thanks to everyone who came out to hear bassist Rubim DeToledo's octet project last Thursday and Friday nights at the Cantos Music Foundation. Both evenings featured Rubim's original compositions, arrangements of some great standards and some Brazilian and Afro-Cuban music which also featured accompaniment by some very talented dancers and visual projection artists. Rubim worked really hard to put together this complicated and multi-faceted project and he is a very accomplished composer (I've also been fortunate to have worked with him in a variety of group's including last springs Decidedly Jazz Danceworks production of "Wilds"). He sure kept us on our toes with his tunes, in particular the opener "Maidens" which, for the most part, featured a groove that, as best I could tell (!) featured a challenging yet melodic groove in 27/8 (!) Fortunately we convinced Rubim to let us play the solo section in a comfortable 6/8 instead : )

-I made my way down to the Beatniq Jazz & Social Club on Saturday evening to hear Vancouver saxophonist and club owner Cory Weeds joined by Oliver Gannon on guitar, fellow Canadian Jazz drummer and blogger Jesse Cahill on drums and their special guest from New York City, Mike LeDonne on B3 Hammond organ. The band played music by the great Hank Mobley and swung mightily and seriously from the first note. I really dug the fact that aside from the technical mastery that all these fine musicians demonstrated, they were not afraid to SWING and really dig into the groove. Fortunately these guys recorded their shows in Edmonton at the Yardbird Suite so I'm looking forward to hearing the results of that release on the CellarLive record label once it comes out in the coming months.

Mike LeDonne has always been a favorite musician of mine and I always make a point to catch him at Smoke whenever I'm in New York. His groove and overall creative mastery of the Jazz language is always a joy to listen to.

Here's a few nice ones of LeDonne backing up Milt Jackson with the legendary Mickey Roker on drums:

His piano trio album "Common Ground" with Kenny Washington on drums and Dennis Irwin on bass has been making the rounds on my car's CD player for quite some time now and is highly recommended (in particular dig KWash's impeccable brush work!) 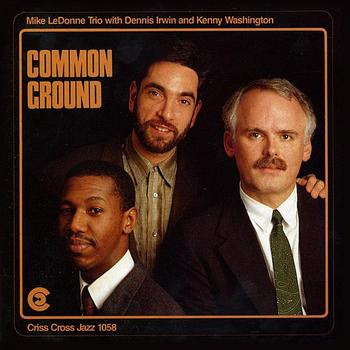 - Here's a couple fun clips of Winard Harper to check out. Winard is a great drummer and someone who I've long admired but perhaps we don't hear about enough these days.

- I apologize for not posting more drum lessons on a more regular or frequent basis but I promise to try and get more on the ball in that regards. When guys like Ted Warren are posting such amazing lessons over at his blog Trap'd it's hard to keep up with that ! I really appreciate the kind words and requests for more lesson posts though. I'm really glad that so many people have found my "Elvin Jones" exercises and such so useful (in fact, Joe LaBarbera suggested to me that some of them lie very well on the brushes....so I would take his advice and do that!)

- If you are in Calgary this week don't forget to check out The Invertigo Trio with myself on drums, Jim Brenan on tenor saxophone and Rubim DeToledo on bass (see the post below for details)
Posted by Jon McCaslin at Monday, October 31, 2011