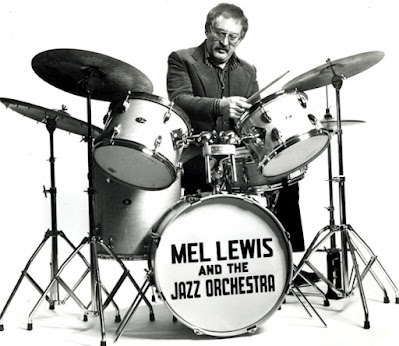 A pair of excellent webinars today on the art of big band drumming from Stockton Helbing and Jerome Jennings.

There is lots of great information here so check it out!

And here's an outstanding example of some dynamic big band drumming from Buddy Rich and his big band circa. 1978:

"The Drums are the first instrument and the drummer is the key - The Heartbeat of Jazz." - Jo Jones 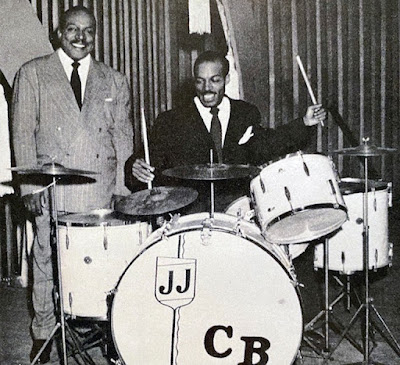 Posted by Jon McCaslin at Monday, February 28, 2022 No comments: 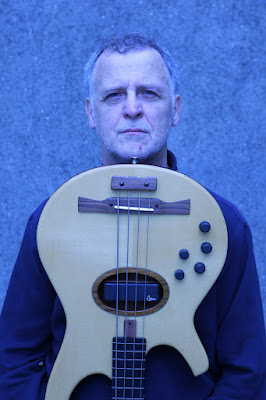 Irish bassist Ronan Guilfoyle is a prolific artist and the creator of the podcast series The Art & Science of Time.
If you are a student of Rhythm then this podcast is for you. This interview series is an incredible resource for any musician who is interested in learning about the wide world of rhythm and of those who practice it. Ronan has, so far, interviewed an incredibly diverse group of artists including the likes of saxophonist Dave Liebman, drummer Eric Ineke, pianist/composer/arranger Jim McNeely, percussionist Russell Hartenberger, vocalist Norma Winstone, South Indian percussionist Ramesh Shotham, tenor saxophonist Pat LaBarbera and bassist Ron Carter.
I always enjoy my conversations with my friend Ronan. I learn something new and always come away inspired and motivated. Ronan was very kind to take some time out of his evening to speak to me from his home in Dún Laoghaire, Ireland about his ongoing podcast series in this exclusive Four on the Floor zoom interview.
Ronan Guilfoyle is a major figure on the Irish jazz scene and has developed an international reputation as a performer, teacher and composer. He began his career with Louis Stewart's group in the early 1980's and studied at the Banff Centre for the Arts in 1986 and 1987 where his teachers included John Abercrombie, Dave Holland, and Steve Coleman. Performing on the acoustic bass guitar since the early 1980s, Ronan is now one of the instrument's leading exponents, and is now much in demand as a bassist, both in his native Ireland and on the international jazz scene.
Among the people he has performed with are Dave Liebman, Kenny Werner, Joe Lovano, Kenny Wheeler, Keith Copeland, Brad Mehldau, John Abercrombie, Larry Coryell, Benny Golson, Jim McNeely, Sonny Fortune, Andrea Keller, Andy Laster, Emily Remler, Simon Nabatov, Richie Beirach, and Tom Rainey.
He has also been leading his own groups since the mid 1980s, and his groups have toured extensively in Europe, Asia, and North America. He has recorded extensively both as a sideman and as a leader and his output includes the award winning "Devsirme" in 1997. Ronan has been composing for classical ensembles since 1993, specialising in compositions which feature both improvised and written music.
He has had great success in this field and has now a large body of work that ranges from solo piano pieces, to chamber works, to orchestral compositions. He has had commissions from a wide range of ensembles and organisations including the RTE Concert Orchestra in Dublin, The Opus 20 String Orchestra in London, and the European Jazz Youth Orchestra.
He has also been commissioned to write works for many great soloists including the saxophonist David Liebman, the violinist Michael D'arcy and the virtuoso accordionist Dermot Dunne. Ronan has also acquired a formidable reputation as a composer in the world of contemporary jazz, and his music has been performed by such jazz luminaries as Dave Liebman, Kenny Werner, Kenny Wheeler, Keith Copeland, John Abercrombie, Andy Laster, Simon Nabatov, Richie Beirach, Tom Rainey, Julian Arguelles, Rick Peckham, and Sonny Fortune.
In 1997 he won the Julius Hemphill Jazz Composition Competition in the United States. Over the past 10 years Ronan has become very well known for the teaching of advanced rhythmic techniques for jazz improvisation and his book, "Creative Rhythmic Concepts for Jazz Improvisation" which covers such areas as metric modulation and odd metre playing, is now seen as the standard text for this area.
He has been invited to teach this subject at many schools around the world including Berklee College of Music, The New School, and is an associate Artist of the Royal Academy of Music in London, and has also lectured on it for the International Music Congress (UNESCO) in Copenhagen.
Ronan is the founder of and head of the jazz department at Newpark Music Centre in Dublin, the only school offering post-secondary jazz education in Ireland.
Learn more about Ronan, his music and recent activities at his webpage www.ronanguilfoyle.com 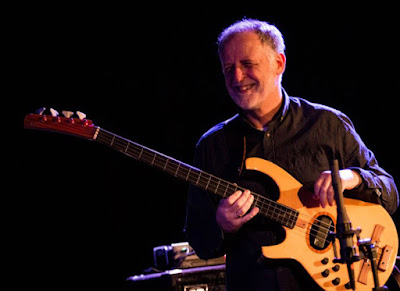 Posted by Jon McCaslin at Monday, February 21, 2022 No comments:

I am looking forward to connecting with these hard working individuals and learning all about their respective efforts and pursuits.

Find Clifford on Facebook to watch our livestream or tune into his YouTube page to watch our panel discussion. 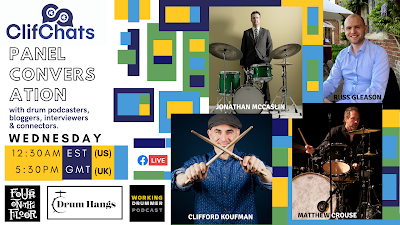 Posted by Jon McCaslin at Friday, February 18, 2022 No comments: 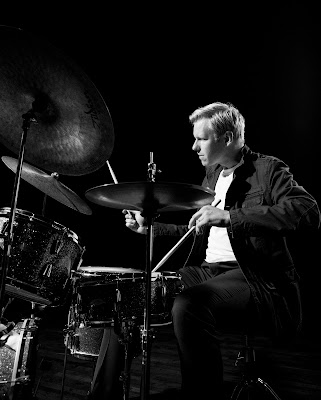 Some very creative solo drumming, sonics and visuals from Seattle's Ted Poor, a wonderful musician whose imagination and talent never ceases to amaze me!

And of course watching that video sent me down a bit of a YouTube rabbit hole and I came across this footage of Ted playing an action packed duet with alto saxophonist Andrew D'Angelo:
Posted by Jon McCaslin at Monday, February 14, 2022 No comments:

"One Who Knows Rhythm Knows the World" 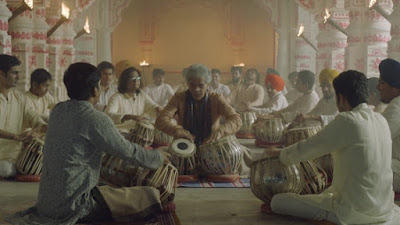 A beautiful piece featuring drummers, percussionists and rhythms from around the world, produced for the United Nations:
"Rhythm is the center of humanity.
One who knows rhythm knows the world."
This 2.5-minute special performance and video feature Mickey Hart (Grateful Dead) along with legendary percussionists Sikiru Adepoju, Zakir Hussain, Giovanni Hidalgo, and a posthumous appearance by the West African drum virtuoso Babatunde Olatunji.
Supporting the aforementioned is a cast of 70 traditional drummers in India, led by Zakir Hussain, legendary Puerto Rican percussionist (and father of Giovanni Hidalgo) José Manuel Hidalgo "Mañengue" along with singers and support drummers from that great island, in addition to dancers from Ghana and a 5000 person drum circle led by Mickey Hart!
The song and video are set to the most referenced and universally used rhythm called 'clave'. The clave is the basis, serving as a skeletal rhythmic figure, around which various drums and percussion are played in most African, Caribbean, South American, and New Orleans music, amongst others.
Through the rhythms of this song, hearts are connected and differences disappear, illuminating how deeply humanity is interconnected and revealing the truth of the adage: we are one.
This musical production was part of a special opening to the UN General Assembly high-level meeting taking place on 22 September 2021 in commemoration of the 20th anniversary of the adoption of the Durban Declaration and Programme of Action (DDPA) on the theme "Reparations, racial justice and equality for people of African descent".
https://media.un.org/en/asset/k16/k16x54fv0u
Posted by Jon McCaslin at Monday, February 07, 2022 No comments: