Stewart Copeland - Next to You 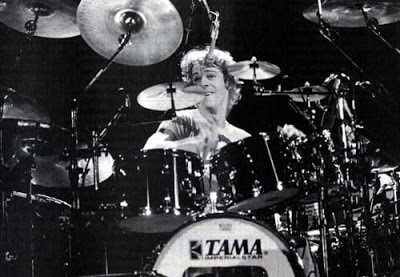 Thanks to the miracle of isolation technology, here's a little lesson in drumming from Stewart Copeland: 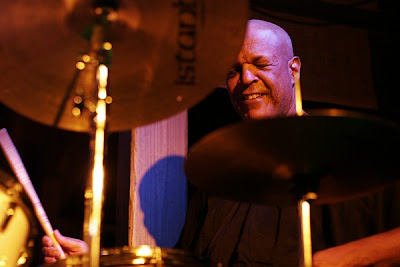 Last month I had the pleasure of playing with New York clarinetist Oran Etkin and his Timbalooloo project at the Calgary International Children's Festival. While learning Oran's music I checked out some youtube.com footage of his Jazz-themed children's show from a recent performance at the Paris Jazz club Duc des Lombards which featured none other than American ex-pat, Paris-based Jazz drummer John Betsch on drums.

Now I haven't really heard Betsch's name in a few years however one of my most memorable concert experiences was actually seeing him with Steve Lacy's trio at the Montreal Jazz Festival in 2001. I have to thank Montreal bassist Solon McDade for dragging me out to that show and I'm sure glad that he did! The concert featured mostly Lacy's interpretations of Thelonious Monk's music and I don't think I've ever heard anyone play this music with quite the same deep understanding and authenticity (and Betsch's drumming was certainly a big part of this.)

Here's a taste of Betsch demonstrating some nice custom made drums to give you a sense of this great drummer: 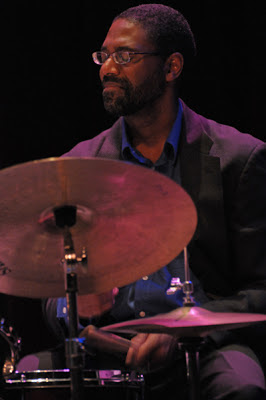 Drummer Dennis Mackrel, while not as widely known as I think he should be, has long been a favourite of mine and a great example of a drummer whose versatility has allowed him a very diverse career. Certainly his exceptional musicality, professionalism and ability to "get the job done" has always been an inspiration and shining example to someone like myself who is just trying to make it happen as a Jazz drummer in this crazy world.

In addition to being an incredible big band drummer (see his work with the Count Basie Orchestra, Tony Bennett, Maria Schneider and, at one point, Mel Lewis's replacement with the Vanguard Orchestra) he's also a very creative and dynamic small group drummer and a great arranger as well.

Dennis recently recorded an album with Toronto saxophonist Kirk MacDonald featuring Tom Harrell and I'm really looking forward to hearing the results of that. I heard Dennis a number of years ago in Edmonton at the Yardbird Suite in a trio configuration with MacDonald and bassist Neil Swainson. Kirk was really stretching and taking long solos/jazz odyssey's that evening and Mackrel provided the perfect backdrop and followed and pushed MacDonald along, note-for-note the entire evening. It was really inspiring to hear a drummer listening and reacting so attentively like that. That's what we should all be striving for, dig?

Here's a clip of Dennis guesting with a student ensemble, demonstrating his incredible musicality and fluidity around the drum set: 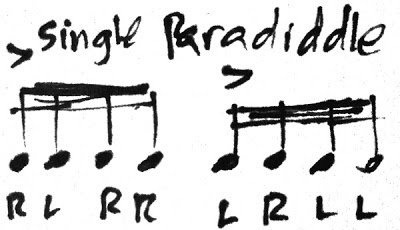 I hope you all had a nice weekend wherever you are. Here's a few things cooking around the Four on the Floor offices these days:

- Check out this incredible recording of Philly Joe Jones giving a clinic at Rutgers University:

This one has been making the rounds for awhile now but thank you to Chicago's Ted Sirota for posting this on-line.

- A great deal has been written about the late, great Mulgrew Miller since his recent passing. Jazz writer Ted Panken was nice enough to pull out several articles and interviews from his archives worth checking out:

- I recently returned from Ireland with a box set of some very happening music from Jackie McLean. Here's a great documentary on Jackie and his music entitled "Jackie McLean on Mars":

- I've really been digging the Charles Lloyd album "Sangam" that features Lloyd with the team of rhythm masters Eric Harland and Zakir Hussain. Here's a concert in its entirety to check out!

- Drummer Steve Fidyk writes regular columns for Modern Drummer and posts accompanying videos demonstrating his exercises. Here's an interesting one worth pondering in which he discusses how to apply clave rhythms and phrasing in the context of Jazz timekeeping:

- When the masters speak, we listen! Here's Victor Lewis recollecting on the legacy of a couple of important Jazz drummers:

- I have an exciting gig coming up this Thursday in Calgary with a pretty decent group of musicians. We'll be playing a mix of my original tunes and some of my favourite standards. Please come on by and say hello. 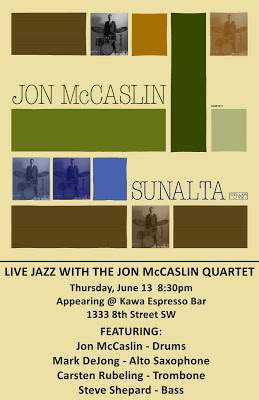 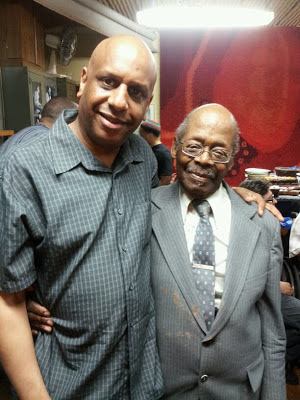 You have no idea how happy this photo made me.

During the mid 1990s my drum teacher at McGill, Chris McCann, introduced me to the exceptional drumming of Mr. Al Harewood (if you haven't heard Stanley Turrentine's "Up at Minton's" RUN, don't walk to the nearest iTunes store lol and pick this one up!) I had the pleasure of interviewing Al over the phone over the course of three days for a project I was writing for Kevin Dean's performance practice course. I've got hours of our conversations together on cassette somewhere. He was very gracious with sharing his life experience and flattered that I was even interested in what he did.

Last I heard, Al had been spending most of his time in Barbados and according to vocalist Cici Duke was a highly respected elder musician on the island. I wasn't even sure if Al was even with us anymore. So I'm thrilled to see that Mr. Al Harewood (or "Mr. Tip" as he is known in jazz drumming circles) recently celebrated his 90th birthday in the company of the world's greatest jazz drummers at a party held at Don Sickler's loft.

Happy Birthday Mr. Harewood! (and thank you Billy Drummond for posting this photo via the Facebook.) 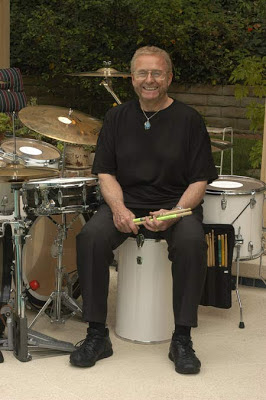 As I promised last week, here are several handouts and exercises from a drum clinic with Ed Shaughnessy. If memory serves, I think I picked these up from a workshop he gave in Banff around 1992-1993 or from a Bands of America drumline competition circa. 1994 (?)

Anyways, as you can see, there is a lot of good and very practical information to practice here... 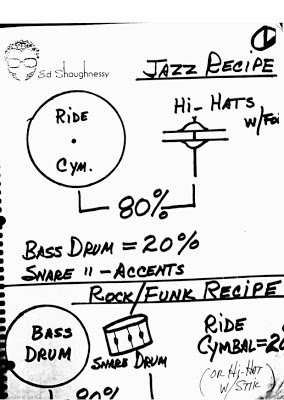 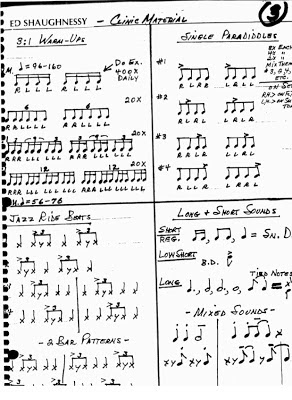 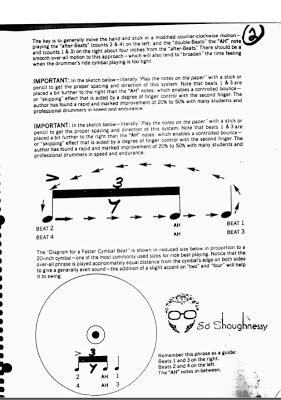 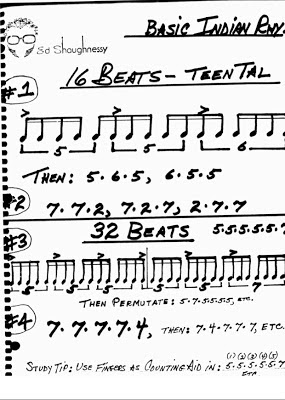 There is also a nice article on Shaughnessy's career over at Jazz Profiles: