A Tribute To Edgar Bateman

The great Philly based drummer Edgar Bateman, a highly influential yet somewhat obscure drummer, recently passed away.
Bateman, who's playing I was familiar with from his work with vibraphonist Walt Dickerson, was touted by drummers Roy Haynes and Bob Moses as a significant influence on their playing. 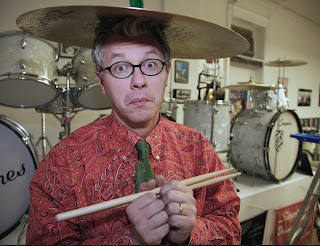 This time it's Peter Erskine's turn to demonstrate more great cymbals at mycymbals.com:

A nice concert here featuring the great Milt Jackson with his quartet: 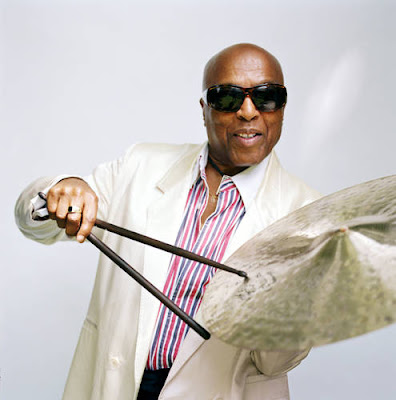 For those of us who have always dreamed of spying over Roy Haynes' shoulder while he's playing, here is some footage of Mr. "Snap, Crackle" with great camera angles for us to admire his movements:

And here with pianist Chick Corea and bassist Miroslav Vitous in a "Now He Sings, Now He Sobs" reunion:

Dig this nice trailer for a CD boxset & retrospective of Haynes' career:

Today it's Jack DeJohnette's turn to demonstrate cymbals at mycymbal.com. This time Jack is demonstrating his new Sabian "Three Point" ride that has recently hit the market. I played this ride cymbal at last falls PASIC conference. A nice cymbal indeed !

And here's the same band, but from a different gig:

Let's hope that there is an album of this band forthcoming !
Posted by Jon McCaslin at Tuesday, May 25, 2010 1 comment:

More cymbal demonstrations from the mycymbals.com and the Memphis Drum Shop, this time played by drummer/educator John Riley.

Amazingly, the Zildjian cymbal company has attempted to recreate Mel Lewis' legendary 22" inch A Zildjian Swish Knocker that was given to him by Dizzy Gillespie.

Check out these nice cymbals here:

The people at mycymbals.com and the Memphis Drum Shop have been posting clips of their fine cymbals for sale, often demonstrated by some of the great jazz drummers of our time (see my previous post of Ali Jackson Jr. doing the same).

I hope everyone is enjoying their long weekend !

(this is just a Canadian thing right ?)

I just returned from a two week stint in British Columbia and was happy to see that my preset automatic blog posts that I setup before my trip all materialized as scheduled (!)

To celebrate my triumphant (!) return home before my next swing to Toronto next week - here's a couple of great clips that recently appeared on youtube.com.

Here's Jeff "Tain" Watts laying it out on his original tune "Vodeville":

And here's some "vintage" Lewis Nash in action:

Some nice footage here of drummer Art Taylor and "The Cat" Johnny Griffin:

Some wild and wacky drumming (following an extensive speech in a foreign language!) from European jazz drummer Kresten Osgood: 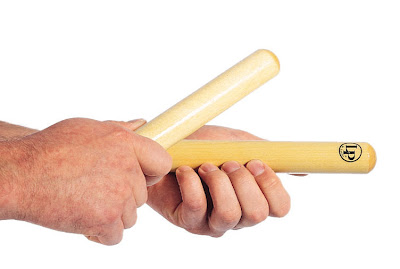 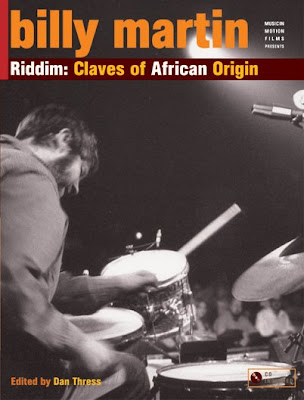 Now grab your practice pad and hit the 'shed !
Posted by Jon McCaslin at Sunday, May 09, 2010 No comments:

Positively amazing...time to shave my head : )
Posted by Jon McCaslin at Saturday, May 08, 2010 No comments:

Icons Among Us: Jazz In The Present Tense

I received a brilliant DVD in the mail this week - a great documentary recently released entitled "Icons Among Us: Jazz In The Present Tense". This documentary is an examination of the state of Jazz music in today's terms as expressed by artists who are currently active and pushing this music forward. Lots of candid opinions and passionate statements from a diverse group of Jazz artists who are leading the charge.

Now, I always contended that there was lots of great information to be found in Ken Burn's PBS documentary series "Jazz" from a few years ago but that it was really about ten episodes too short (!) having glossed over too much important music that was made in the 60s through the 80s and didn't address the dynamic music being made today.

Fortunately, I think this new documentary really fills a much needed void. While it did offer many honest opinions about the challenging current status of Jazz music today, overall I felt a positive message prevailed that this music is indeed alive and moving forward. A nice break from a lot of the doom and gloom, "Jazz is dead" type of messages that so often frequent the press....not that there aren't more than a few hardline statements made in this piece. But they are well grounded statements and I feel that the arguments are balanced and an overall positive message is conveyed.

I would highly recommend this documentary to anyone who is interested playing Jazz today, in the present tense.

Here is a trailer to wet your appetite:

Icons Among Us: Jazz in the Present Tense from John Comerford on Vimeo.

And you can learn more about this great documentary here:

www.thejazzindie.com
Posted by Jon McCaslin at Friday, May 07, 2010 1 comment:

A very useful lesson on incorporating flam rolls into one's drumming. A great way to "loosen" up your drumming a la Jack, Tony and Elvin:

Compliments of Steve Holmes at the House of Drumming.
Posted by Jon McCaslin at Wednesday, May 05, 2010 No comments:

Phil Woods On Being A Professional Musician

Courtesy of Calgary jazz pianist Egor Ukoloff.
Posted by Jon McCaslin at Wednesday, May 05, 2010 No comments:


Some very fine playing here from guitarist Kurt Rosenwinkel with bassist Eric Revis and drummer Kendrick Scott from a recent tour in Europe:

So long Rob and thank you for your music !

btw - that's none other than Jerry Fuller swinging hard behind McConnell in that that clip !
Posted by Jon McCaslin at Monday, May 03, 2010 1 comment:

What the heck is a clarinet player doing on a jazz drummer's blog ???

Here is Cohen's Anzic Orchestra at a recent hit at New York's Jazz Standard, with Ali Jackson Jr. leading the charge from the drum chair:

Courtesy of Bret Primack, "The Jazz Video Guy"....who evidently has access to all the good stuff !
Posted by Jon McCaslin at Sunday, May 02, 2010 No comments: