Top Ten Four on The Floor Moments of 2010

Everybody on the blogosphere seems to be coming up with their own top ten lists for whatever they fancy for 2010. The guys at NPR's A Blog Supreme went all out and inspired me to come up with my own list. Check out their picks here.

So here's my top ten list of my various highlights from the past year and in no particular order.

Top Ten Four on The Floor Moments of 2010

1) Hanging with Patrick Boyle, Greg Sinibaldi, Peter Apfelbaum, Dafnis Prieto, Uri Caine and Phil Dwyer (and all the other participants!) at the inaugural TD Jazz & Creative Residency held at the Banff Centre last winter. I spent four great weeks up at the Banff Centre with the first two playing with these fine musicians and the second half spent locked in a practice room playing the vibraphone...

2) My beloved Saskatchewan Roughriders battled adversity and made it to the Grey Cup for the second year in a row only to lose the big one AGAIN to the Montreal Alouettes. At least they could count to 12 this time. Next year...But at least we beat Calgary again!!! Eat it Burris...

3) Here's my favorite YouTube.com clips of the year:

*Sorry, the post of the actress portraying Helen Keller falling off the stage wouldn't embed:

4) Best gig of the year: the Renee Rosnes Quartet at Vancouver's premier Jazz club, The Cellar. Easily one of the best hits I've seen lately with Rosnes on piano joined by Steve Nelson on vibraphone, Peter Washington on bass and the masterful Lewis Nash on drums, this was a fine display of contemporary straight ahead Jazz at its best.

You can get a taste of the same band from their hit at the Village Vanguard here.

5) PASIC 2010 did not disappoint for the second year in a row. Again, I came away from this conference inspired, motivated and full of new percussive things to practice and to think about. Matt Wilson's drum set clinic on "allowing" the music to happen and how to bring out the best of those around you was my pick for the best clinic of the conference. Zildjian also had many fine new cymbals on display to try and pine over...so many cymbals, so little time.

I've really been enjoying Mark McLean's debut album "Playground" quite a bit these days since it's release this past summer.

Kelly Jefferson's latest release "Next Exit" (that features a similar lineup) is also worth a serious listen.

8) My favorite new Jazz/drumming/Jazz drumming DVD's of the year:

-Tommy Igoe's Great Hands for a Lifetime: The Lifetime Warmup

-Icons Among Us: Jazz in The Present Tense

-Best Beer: *A tie between any cold Big Rock product served after a long day of teaching at the Prarirelands Summer Jazz Workshop and Bushwakkers Brew Pub (both in Regina, SK)

10) Best clip of 2010 forwarded to me from Toronto Jazz drummer Bob McLaren:

I'd like to leave you all with an inspiring quote from drummer/educator Jim Blackley (Canada's Alan Dawson) taken from my previous post:

Thanks again for visiting Four on The Floor and for your continued support. 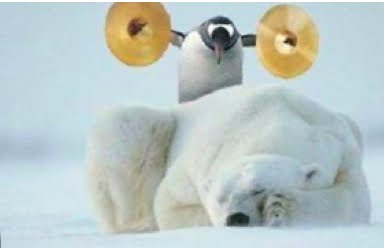