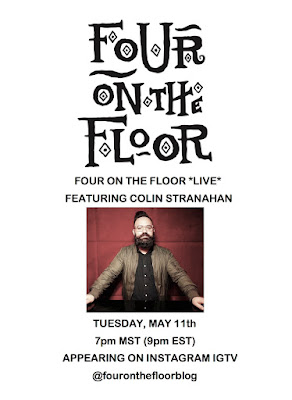 Please join us for the next episode of Four on the Floor *Live* happening next Tuesday, May 11th at 7pm MST (9pm EST), appearing on Instagram Live IGTV @fouronthfloorblog featuring Colin Stranahan. 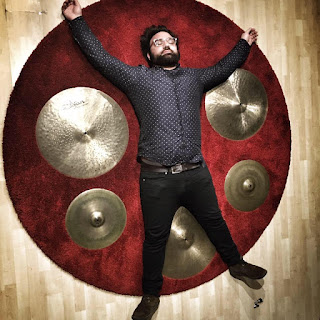 Born In Denver Colorado, Colin Stranahan has always been surrounded by music. By his teenage years he was already actively working on the local Denver scene, and has recorded multiple records on the Capri Record label. After receiving the prestigious National Foundation Advancement of the Arts Presidential Scholar award in 2005, he studied at the University of the Pacific for one year as a Brubeck Institute Fellow. Shortly thereafter, he attended the prestigious Thelonious Monk Institute of Jazz at Loyola University in New Orleans, Louisiana.

Stranahan was also one of the winners of the 2012 Thelonious Monk Drum Competition. Now living in Brooklyn, New York, Colin is among the most sought-after drummers in the world working with such artist as Kurt Rosenwinkel, Jonathan Kreisberg, Dr. Lonnie Smith,Fred Hersch, Terence Blanchard, Dave Kikoski, Kevin Hays, Herbie Hancock, Wayne Shorter and many others.

He is part of a collective trio featuring some of the most talented and praised young musicians in New York City. Together, the Stranahan/Zaleski/Rosato trio has recorded and released two successful albums and are releasing a third that was recorded live at Smalls, released in 2015.