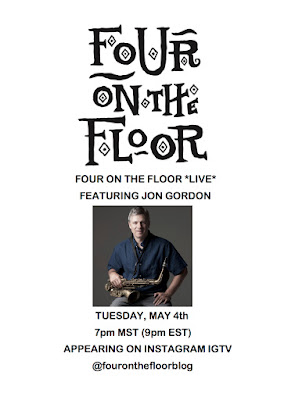 Please join us for the next episode of Four on the Floor *Live* happening next Tuesday, May 4th at 7pm MST (9pm EST), appearing on Instagram Live IGTV @fouronthfloorblog featuring Jon Gordon.
www.jongordonmusic.com 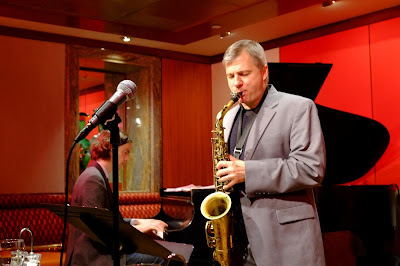 "Jon is one of the greatest alto players ever!" - Phil Woods

In his mid-teens Jon’s love for Jazz began to bloom. He began sitting in regularly with Eddie Chamblee at Sweet Basil and started lessons with Phil Woods. From 1984-88 he attended Manhattan School of Music. During this time Jon began working professionally including gigs with Red Rodney, Roy Eldridge, Barney Kessel, Al Grey, Eddie Locke, Mike LeDonne, Mel Lewis, Doc Cheatham and many others.

Jon has led his own groups at various European, Canadian and U.S. jazz festivals and clubs including, Ronnie Scott's and The Pizza Express (London), The Sunside, The Sunset, and La Villa (Paris), The Brecon Jazz Festival (Wales), The Oslo Jazz Festival, The Ottawa Jazz Festival, The Royal Caribbean Floating Jazz Festival, Savannah on Stage, The Savannah Jazz Festival, and The Wolftrap Festival. He has performed as a sideman at dozens of other festivals, clubs and concert halls around the world. 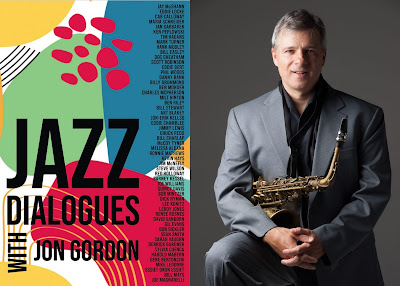