My last post on the importance of playing along with recordings generated a few comments. Here's a few other suggestions from you, the reader, for things to practice and play along with:

John Coltrane - "Coltrane Plays the Blues"
(apparently the drums are only on one channel so you can mix them out...)

Any of Ahmad Jamal's 1950s drummer-less recordings
(thank you Todd Bishop from Cruiseship Drummer for this great suggestion!)

Also, there are a few other very good educational resources out there that I neglected to mention in my previous post:

John Riley's "The Art of Bop Drumming" and "Beyond Bop Drumming" both have excellent play-along tracks contained on the accompanying CDs. I've used these both extensively over the years and quite like them.

This one recently showed up in my mailbox and I look forward to checking this resource out in the coming weeks: 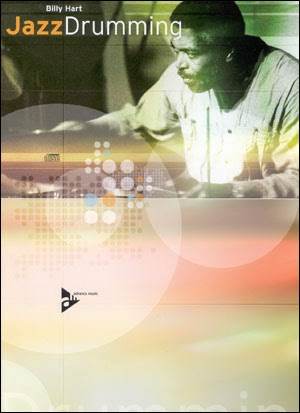 This one is unique in that there are two sets of tracks of each tune so you can hear Hart's drumming, interpretation and approach (with accompanying transcriptions) on one set of tracks and then try out your own ideas out on a second set of tracks without the drums (many of the tracks on John Riley's  CDs from his books also follow the same approach, however minus the transcriptions). I hope to play with Dave Liebman someday, so maybe this one might be a good start ; )

Okay, any others we should know about?