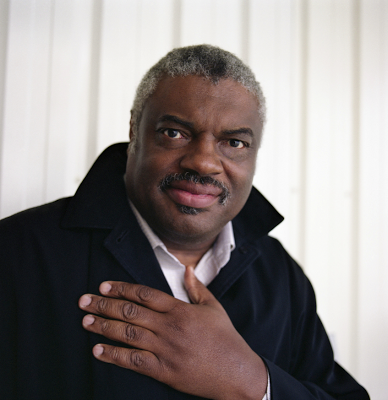 After hearing some rumblings and rumours over the past few days, it was confirmed this morning that jazz piano great Mulgrew Miller passed away due to complications from a recent stroke.

I was very sad to hear this. Miller has long been one of my favourite contemporary jazz pianists whether as a leader of one of his own trios, his band Wingspan or as a sideman with the jazz world's greats including the likes of Art Blakey, Woody Shaw, Tony Williams and many, many others (by one of his estimations he's appeared on over 500 albums!) I've always really been drawn to his unique style that combines an incredible command of a modern bebop and modal jazz language with a soulful, bluesy feeling and an absolute crushing rhythmic sensibility. Oh yeah, he always SWUNG with integrity and conviction. Always.

I consider myself very fortunate to have performed with Mr. Miller during a week-long tour last March with saxophonist Fraser Calhoun's quartet. Each performance, each set, each tune and each solo were lessons in jazz, life and music, one after another.

Mulgrew was a real gentlemen and he played his ass off night after night. He was very complimentary to my drumming and appreciated the fact that I had done my homework and checked out his tunes. Needless to say I was a bit nervous as this man had played with ALL the great jazz drummers of our time and represents a direct link to Art Blakey and Tony Williams. However, while he didn't say much he certainly put me at ease with his soulful and friendly demeanour.

One of the biggest lessons I learned from my brief time with Mulgrew was when he personally recounted how nervous and anxious he himself was shortly after joining Tony William's quintet during the 1980s. Miller described this as being a "Herbie" complex and was anxious due to the fact that he, for some reason, felt that he had to play like Herbie Hancock, since he was now playing with Tony Williams!

Miller described how he was put to ease after visiting the neighbourhood in Chicago where Herbie grew up and, upon that, realized that Hancock played the way he did because of where and how he was brought up. Comparing this to his own upbringing, Mulgrew (who grew up under different circumstances in the southern United States) quickly realized that we are who are and that we should embrace those things that make us unique, take pride in them and make them a part of who we are rather than trying to play someone else's life experience.

"At the end of the day you can only be yourself and you owe it to the world to let everyone know it."

Here's some footage of Mulgrew with his trio (featuring Rodney Green on drums) on Charlie Parker's "Relaxin' at the Camarillo":

There are also many very touching tributes to Miller to be found on the web (in addition to the dozen's of tributes pouring in on the Facebook).

And a piece from NPR's A Blog Supreme:

You can also listen to a full set of Mulgrew's trio on NPR Jazzset here: http://www.npr.org/event/music/166237914/mulgrew-miller-trio-on-jazzset?sc=tw&cc=share

And finally Nate Chinen at the New York Times chimes in: 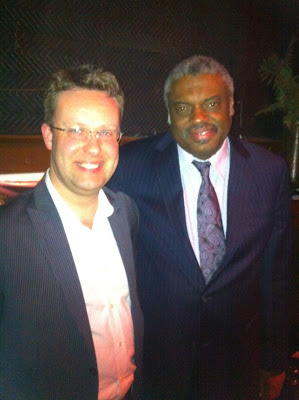