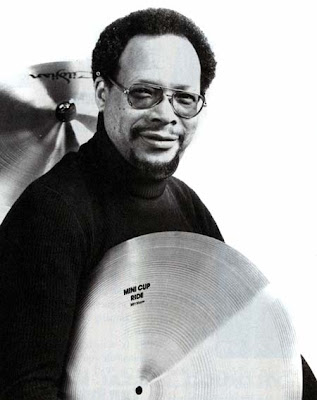 Several years ago while I was still living in Montreal, I had the opportunity to teach an older drum student who had lived in Boston during the 1960s. During his time in Boston, while he was studying mathematics and computer engineering at MIT, he studied with the legendary and influential drum teacher, Alan Dawson. I think that I actually learned as much from my student as he did from me!

One interesting concept that he passed on to me was Alan Dawson's "3/8 figure":

Basically this phrase consists of dotted-quarter notes played continuously in 4/4 time and resolves after three bars. Alan would often use this phrase in the context of both soloing and timekeeping to generate interesting, over-the-bar-line ideas that flow very nicely.

Try the following exercises to start:

-Playing the pattern with accents on the snare drum, fill-in the missing eighth-notes and embellish the phrase with different rudiments (Dawson was big on the rudiments through his "Rudiment Ritual")

Remember, you don't necessarily have to start this phrase on the downbeat (!) and you can actually use any one of those three bars as your starting point.

The key, however, is to play this phrase in creative ways while still doing so in the context of four and eight bar phrases. It can get tricky if you're not careful!

Here's a few great clips of Alan Dawson with Sonny Rollins. If you listen carefully this phrase pops up several times:

For more insight into Alan Dawson's method, I would highly recommend this book by John Ramsay: 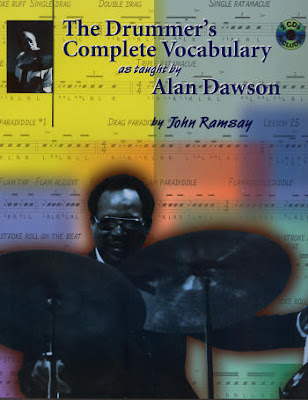