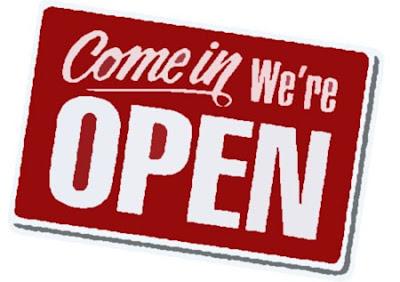 Hello everyone. It's been awhile since my last post as it has been an eventful 10 days having played across Western Canada with an exciting eleven piece band, performing all the music and arrangements from the seminal album "Art Pepper+11". Overall our small tour was a resounding success. I'd like to thank Dean McNeill for going above and beyond the call of duty in organizing this tour as it was no small feat at all. We drove many kilometers, shared many laughs and played some great music. Fortunately our show was recorded by the CBC during our performance in Saskatoon at the University of Saskatchewan so we'll be able to share some of this music with the rest of the world in the coming months.

There wasn't much time for blogging as I didn't travel with my laptop and only had my iPhone to communicate with the outside world. But here are a few things that caught my attention during my rare downtime while on the road:

-Drummer, blogger and harmonica whiz (!) Ted Warren continues his series of great interviews over at his blog Trap'd this time featuring tenor saxophonist Jerry Bergonzi. Bergonzi had the following interesting comment to say about the importance of studying rhythm:

"I think that everyone should study drums as time and rhythm are the most important things in playing. As you told me once, "It is Harmony and Melody that have fucked up music" I really took that to heart and I try to play with as little melody and harmony as possible now. I have even stripped down my tenor so it only plays 5 notes now."

I was fortunate to hear Bergonzi play in Toronto in the basement of some posh private society club a couple of years ago with Ted at the drum helm along with Mike Downes on bass and Brian Dickinson on piano. The playing was, of course, phenomenal but the rhythm section was absolutely amazing in itself. A perfect example of how it's supposed to be done...

-I spent much of my time over the past ten days driving across Alberta/Saskatchewan/Manitoba in the company of saxophonist's Jim Brenan, Bill Prouten and Greg Gatien. So we listened to ALOT of Michael Brecker, Ralph Bowen, a good fill of early Duke Ellington (from the Blanton/Webster band era courtesy of Bill) and a nice dose of 70's funk. I also learned alot about tenor mouthpieces, ligatures and saxophone vibrato. I love hanging out with musicians that like to talk shop!

-Drummer Willie Jones III is also fun to listen to and watch. Here's a couple clips of him unleashing, taken by a couple of amateur videographers:

-Another interesting clip that's been making the rounds over at cymbalholics.com featuring John Riley playing through perhaps one of the most impressive collections of vintage K. Zildjian cymbals I've ever seen (!):

-And last but not least former Globe & Mail Jazz critic Mark Miller sent me this amazing footage of saxophonist Lucky Thompson playing with none other than the great Kenny Clarke on drums:

It's good to be back. More regular posts forthcoming...
Posted by Jon McCaslin at Monday, January 31, 2011