Drummers Who Scare Me - Part One 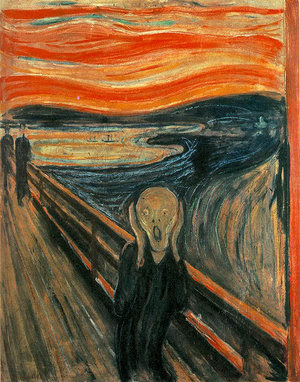 And by that, I mean "scare me" in a good way !!! Every once in a while I hear a drummer who plays so well that I'm completely baffled by their unique rhythmic sophistication & language that they've created on the drums. It's so overwhelming yet so inspiring and motivating at the same time.

A few contemporary drummers (for me) that fall into that category would include:

Dan Weiss, John Hollenbeck, Dafnis Prieto (whom I'm studying with later this month at the Banff Centre), Kendrick Scott, Gene Lake, Eric Harland, Tyshawn Sorey and, the subject of today's post, Mark Guiliani (and of course there are many others too !)

I first heard drummer Mark Guiliani with bassist Avishai Cohen's trio at the Rochester International Jazz Festival in 2003. I was playing there all week with Montreal jazz musicians Jennifer Bell, Dave Mossing and Dave Watts so I got to check a lot of heavy jazz musicians during my time in the city. Most of these musicians travelled up from New York City to perform in Rochester that week. The evening jam sessions, hosted every night in the hotel bar, were also a highlight.

Anyways, this guy is just playing great and he's really young so I'm sure we'll be hearing more of him in the future. Check him out here with bassist Avishai Cohen:

Here with pianist Jason Lindner and the "other" Avishai Cohen (trumpet):

And a few other brilliant shots of Mark in action:

And here's a previous article that Ratliff wrote in 1999 on the same topic of up-and-coming drummers in New York City: