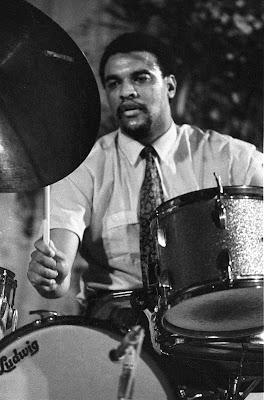 Some more amazing footage of the Bobby Hutcherson Harold Land Quintet from Denmark circa. 1971 with the great (and, in my humble opinion, underrated) Joe Chambers on drums:
This was a GREAT band that, for some reason, doesn't get talked about often. Dig that cymbal beat!
Posted by Jon McCaslin at Monday, December 05, 2022