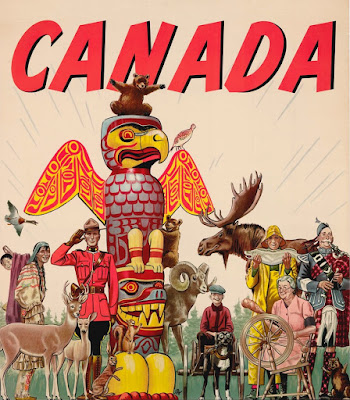 Another year-end list from Four on the Floor correspondent and CJSW radio host Tim Mah, this time featuring his top picks for Canadian Jazz releases of 2018.

Check out Tim Mah's radio show Jazz Today on CJSW 90.9 fm every Thursday morning from 530-7am and over at https://cjsw.com/program/jazz-today/  (also podcasted on iTunes!) and don't forget to read his previous guest column, a wonderful list of his picks for top overall Jazz albums for 2018.

And now, without any further adieu...

In recognition of next summer’s 40th edition of the Montreal International Jazz Festival, here’s a list of forty album recommendations (released between December 2017 and November 2018) from Canadian jazz artists (as a leader or co-leader):

1) Renee Rosnes “Beloved of the Sky”

Pianist Renee Rosnes followed up to her 2017 Juno Award winning album “Written on the Rocks” with the April 2018 album called “Beloved of the Sky”. The album title is borrowed from an Emily Carr painting. The musicians on the album include Chris Potter (tenor sax, soprano sax flute), Steve Nelson (vibraphone), Peter Washington (bass), and Lenny White (drums).

Below is “Scorned as Timber, Beloved of the Sky”:

Below is a video of NPR’s live recording of “Foxy Trot”:

This is the video for the song “July” from “The Seasons”:

Below is a concert video of “Octopus” in San Diego, California:

In November 2018, saxophonist Quinsin Nachoff’s new album was released in Canada (world-wide release in February 2019). The overarching inspiration of the album was the moon’s total eclipse of the sun in 2017. The musicians on the album included saxophonist David Binney, pianist/keyboardist Matt Mitchell, drummers Kenny Wollesen and Nate Wood, plus a number of guest artists.

Below is the title track “Path of Totality”:

The Allison Au Quartet recorded this album (released in November 2018) after completing a cross-Canada tour during the 2018 summer jazz festival season.

“The Rest is Up to You” from “Wander Wonder”:

“Suits and Ties” from the album “Montreal”:

And don't forget to check out these other outstanding Canadian Jazz releases as well, as selected by Four on the Floor correspondent Tim Mah:

Larnell Lewis “In the Moment”

No Codes “No Codes”

Bryn Roberts and Lage Lund “Hide the Moon and the Stars”

Amy Cervini “No One Ever Tells You”

Josh Rager “Dreams and Other Stories”