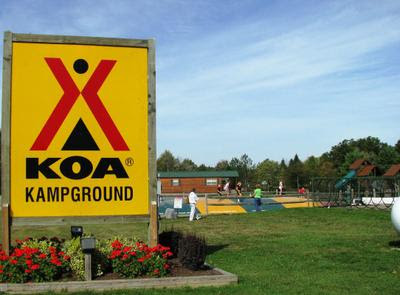 I will be taking a brief break from blogging for a bit here (although please check my Instagram feed as I'll still be posting photos of random drums & Jazz drummers regularly over there...) In the meantime I'll be heading to my hometown of Regina, Saskatchewan shortly to teach at the annual Prairielands Summer Jazz Camp being held at the University of Regina for the next ten days.

I've been involved with this particular Jazz camp for 25 years now, first participating as a student when it started back in 1994 then 1995, then working as a camp assistant for a number of years, eventually taking over as the Jazz drum instructor in 2002 until now.

Jazz camps (and workshops in general) are an intense, fun and a great experience. I've taught at and participated in quite a few over the years. Those first two camps I attended in Regina back in the mid-90s while I was still in high school were formative experiences for me: having the opportunity to work with drummers Kevin Dempsey and Andre White and also offering introductions to many teachers who would later become important figures and mentors in my formal education in later years while studying in Montreal and Toronto (ie. Kevin Dean, Gordon Foote, Paul Read, Kirk MacDonald, Mike Downes, Kevin Turcotte, Brad Turner, Chase Sanborn, Kristin Korb, etc.)

While definitely not high school experiences, I've also attended the summer Jazz workshops at the Banff Centre for the Arts (1997) and the Lake Placid Jazz Workshop (1998). Between those two experiences I had the opportunity to work with amazing drummers and teachers such as Joe LaBarbera, Abraham Adzenyah and Billy Hart (!) as well as the chance to play with and learn from such icons as Kenny Wheeler, Don Thompson, Hugh Fraser, Hadley Caliman, Pat LaBarbera, Joe Lovano, Tim Hagans, Kenny Werner, Rufus Reid, John Abercrombie, Jim McNeely and Dick Oatts!

The Lake Placid, New York workshop is long gone but the Banff Centre still hosts an amazing workshop every summer and I highly recommend this to everyone I know. That summer in Banff really changed my life and it really is a special place. Some of the musical relationships that started during those summers with other "campers" continue to this day.

A couple of Jazz "camps" that are currently on my radar and hope to attend in the near future include Billy Martin's "Rhythm, Sound and Magic" Workshop https://www.rhythmsoundandmagic.com and Phil Dwyer's Jazz and Culinary Arts Academy https://mcmillanartscentre.com/school-for-creative-arts/the-phil-dwyer-academy-of-music-culinary-arts/phil-dwyer-jazz-and-culinary-arts-academy-at-the-mac-this-summer/

If you are a high school student looking for an intensive Jazz experience or an emerging university Jazz student (or older even...) I can't recommend enough to take part in an intensive workshop or "Jazz camp" experience at some point. They will undoubtedly put you in new musical surroundings and push your knowledge and abilities.

So wherever you might be this summer and whatever Jazz experience you choose to participate in, no matter what stage you are at in your musical career, happy camping!
Posted by Jon McCaslin at Friday, July 06, 2018