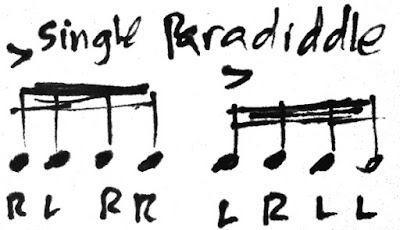 Well it's been awhile now since this column has made an appearance here at Four on the Floor (months, in fact!), but here we are and thanks for coming back to check in!

As per usual, here's a wealth of interesting things making rounds here, around the office:

- Thanks to Adam Nussbaum who passed along this rare gem, an audio interview with Vernel Fournier, talking about the musical legacy of bassist Israel Crosby:


- Pianist Kris Davis has a new album out that features a variety of duet configurations, including tracks with drummers Marcus Gilmore and Billy Drummond. Here is a sample of one of these tracks featuring Drummond and Davis on Thelonious Monk's "Eronel":


- "Cat with Hats" is one of my favorite new discoveries in the world of on-line drumming blog's these days:

This blog features many regular video interviews with many of the world's great drummers including the likes of Pete Lockett and Ari Hoenig:


- A nice interview with Winard Harper, a drummer who everyone should know about!


- While I didn't quite realize it until relatively recently, drummer Jim White has been an influence on me for nearly 25 years (!) I distinctly recall reading a wonderfully written column he wrote for Percussive Notes in which he offered some listening suggestions, recommending which albums and Jazz drummers to listen to. These recordings have all stuck with me ever since and his article was huge help back when I was starting out. Thanks Jim!

Here's a four-part interview with Jim in which he talks about his career and development:


- Here's Bryan Carter interviewed over at the 180 Drums Podcast with some sage advice and practice ideas:


- Thanks to Tim Mah who passed along this one of Kendrick Scott:


- And for today's Final Word, I leave you with this wisdom and this insight from the late Norval Morriseau, one of my favorite painters who's depiction of First Nation mythology and spirituality has really captured my imagination these days...

"I go to the inner places. I go to the source. I even dare to say, I go to the house of invention where all the inventors of mankind have been." 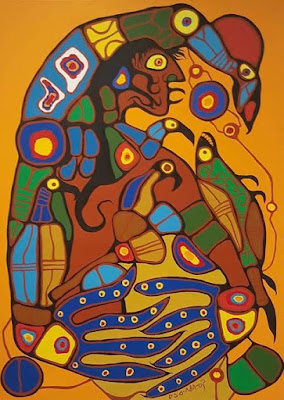