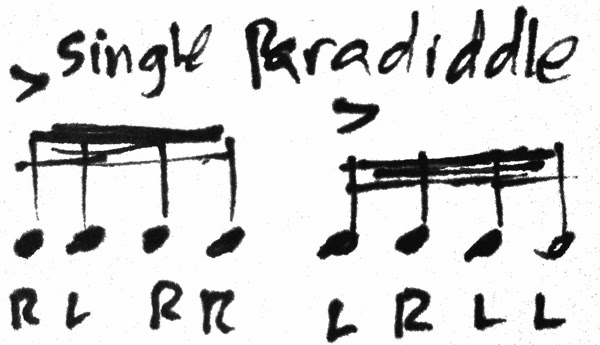 Alright folks, it's Monday. Let's get this week off to a running start. It's really freezing cold up here in Calgary....so perhaps some of the pieces below will inspire us to make great things happen!


-Thanks to Todd Bishop who brought to my attention via his own excellent blog Cruiseship Drummer that West Coast drummer Dick Berk recently passed away:

Here's a great interview with Berk where, among other things, he talks about working with Billie Holiday when he was a mere 17 years old:

I've been a big fan of this underrated drummer, especially his playing on the Ray Brown/Milt Jackson recording "That's The Way It Is" (thank you to Jesse Cahill for hipping me to this one): 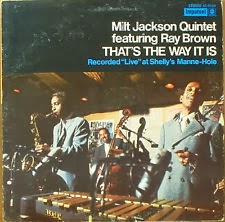 Dick Berk was an important part of the West Coast scene and acted as a mentor to many young musicians over the years (including the likes of bassist John Patitucci and trombonist Andy Martin).


- Bassist and educator Chuck Israels published an interesting article about his "unpopular" perspective on Jazz education that is worth reading:


- Here's a New York Times article in which recently several Jazz drummers who are releasing new albums are featured:


- Peter Hum over at the Ottawa Citizen also has a couple nice reviews of music from Matt Wilson and Jeff Ballard:


- Looking for some motivation? Thanks to Steve Smith for passing along these masterclasses from Zakir Hussain and Carnegie Hall:


- Tunes. If you are serious about being a Jazz drummer you've got to learn some tunes. It's all about the tunes. Here's a concise list of some important tunes to learn (no matter what instrument you play!) if you want to learn the Jazz language from pianist George Colligan over at his fine blog Jazz Truth www.jazztruth.blogspot.com

1.Stella By Starlight
2.All The Things You Are
3.Autumn Leaves
4.What Is This Thing Called Love
5.There Will Never Be Another You
6.Tune Up
7.Cherokee
8.Beautiful Love
9.Alone Together
10.Body and Soul
11.Confirmation
12.Someday My Prince Will Come
13.Footprints
14.Bye Bye Blackbird
15.On Green Dolphin Street
16.There Is No Greater Love
17.I Love You
18.How High The Moon
19.Just Friends


Being an aspiring vibraphonist myself, I find this list incredibly useful.


- Montreal film maker Randy Cole has been producing some very fine short films about several Montreal Jazz artists over the past few years. Cole's latest production features the drumming and music of Jim Doxas, a drummer who I had the pleasure of going to school with at McGill University in Montreal during the late 1990s:


- Another great Montreal drummer whom I also had the pleasure of going to school with is Rich Irwin. Check out Rich's fine drumming on these new, compact Sonor drums:


- Thanks to Kenan Foley who passed along this nice piece about Pittsburgh's Roger Humphries:


- Okay, now it's time for some music! Here's some amazing trio footage featuring New Orleans Master drummer Johnny Vidacovich with Jeff Coffin on saxophones and Felix Pastorious (Yes, Jaco's son!) on bass playing an adventurous version of "When Will The Blues Leave?":


- To finish off today's column I'd like to leave you with a great article courtesy of the fine folks over at jazzadvice.com on the role of motivation:

In particular I really dig this quote, from Wynton Marsalis: