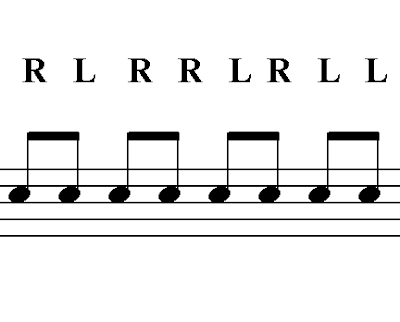 Well it looks like spring is FINALLY here in Calgary. Hopefully I haven't spoken too soon and it's here to stay...

Alot of interesting things to tell you about today:

-I'll be presenting a couple of interesting workshops this week in the Calgary area:

First, later today (Monday) I'll be giving a workshop on how to develop ones rhythmic skills at the Mount Royal Conservatory for their Vocal Academy. A good sense of rhythm is an important skill for any musician to have (obviously even if you're not a drummer!) so I'm looking forward to working with this group of talented young musicians.

We are going to do some Ghanaian drumming, dancing and singing (playing some "Children's" games that Master drummer Abraham Adzenyah taught me years ago) and spend some time working on some syncopated clapping exercises (courtesy of Peter Erskine's fine book "Time Awareness") to work our inner drummer.

Also, this coming Friday (for all you early bird mountain types out there) I'll be presenting an early morning masterclass on basic rudimental snare drumming at the Banff Centre as part of the Canadian Rocky Mountain Music Festival http://www.crmfestival.com/

C'mon by and say hello and bring your sticks, drum pad and coffee !

-My fellow Jazz drumming blogger Ted Warren recently interviewed bassist and composer Steve Swallow over at his blog Trap'd. It's a great interview and I was pleased to learn that all of Steve's music is available for free in lead sheet format at his website: www.wattxtrawatt.com

I promptly went to Swallow's website and downloaded all the music from his mid-90s album "Real Book" which, while I hadn't listened to that one in ages, still remains one of my favorites. Tilden Webb first played this album for me during one of his Jazz theory classes at McGill and Swallow's distinctive composition style has made an impression on me ever since. Oh yeah, Jack DeJohnette plays his butt off on this one too! 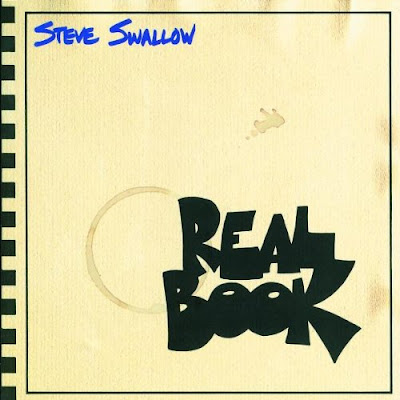 -Speaking of Jack DeJohnette...are you interested in taking a private lesson with the Master himself ? Well, me too but in the meantime check out the recent McCoy Tyner album "Guitars": 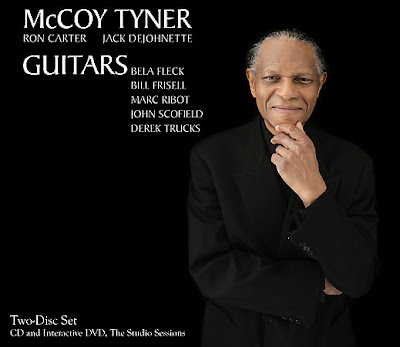 I was very pleasantly surprised to discover that this CD includes a DVD that shows footage of the band playing and recording in the studio. In fact, you can click on a specifically dedicated camera angle that focuses exclusively on Jack while he's recording and you can watch his every move. It's great ! I wish every Blue Note album came with a behind-the-scenes DVD like that. Could you imagine being able to watch Philly or AT like that ? A great resource indeed.

-I was sick last week with a bad sore throat and wicked head cold so unfortunately I missed some great live music at the Beatniq this weekend including drummer Morgan Childs and pianist Richard Whiteman and their band The Cookers from Toronto. But I did catch the live video feed at Small's Live and watched drummer Greg Hutchinson and his band with Ben Wolfe, Ron Blake, John Ellis and Aaron Goldberg. It was inspiring to say the least and I really hope that this group plans to record in the near future. That was really something special (especially when Joshua Redman sat in at the end of Friday's hit!)

-Don't forget to include a little Victor Lewis in your daily listening. Here he is with Stan Getz, Marc Johnson and Jim McNeely:

Dig those old Premiers and have a great week everybody!
Posted by Jon McCaslin at Monday, April 25, 2011